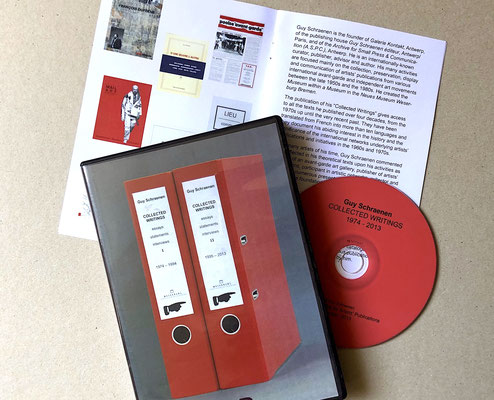 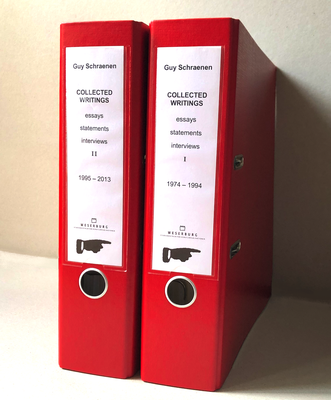 Guy Schraenen's "Collected Writings" make accessible all the texts he published over four decades, from the 1970s to the recent past. They document his continuing interest in the history and significance of the international networks that underpinned the artists' publications and initiatives of the 1960s and 1970s. He reflects on the socio-political and cultural strategies of the artist-initiated art scene, which remained independent of the official art establishment. The writings are presented in the form of facsimiles of the original publications. Most of the texts are in English, some in French, some in other languages. They are available in two versions:

For Another Approach to Art History